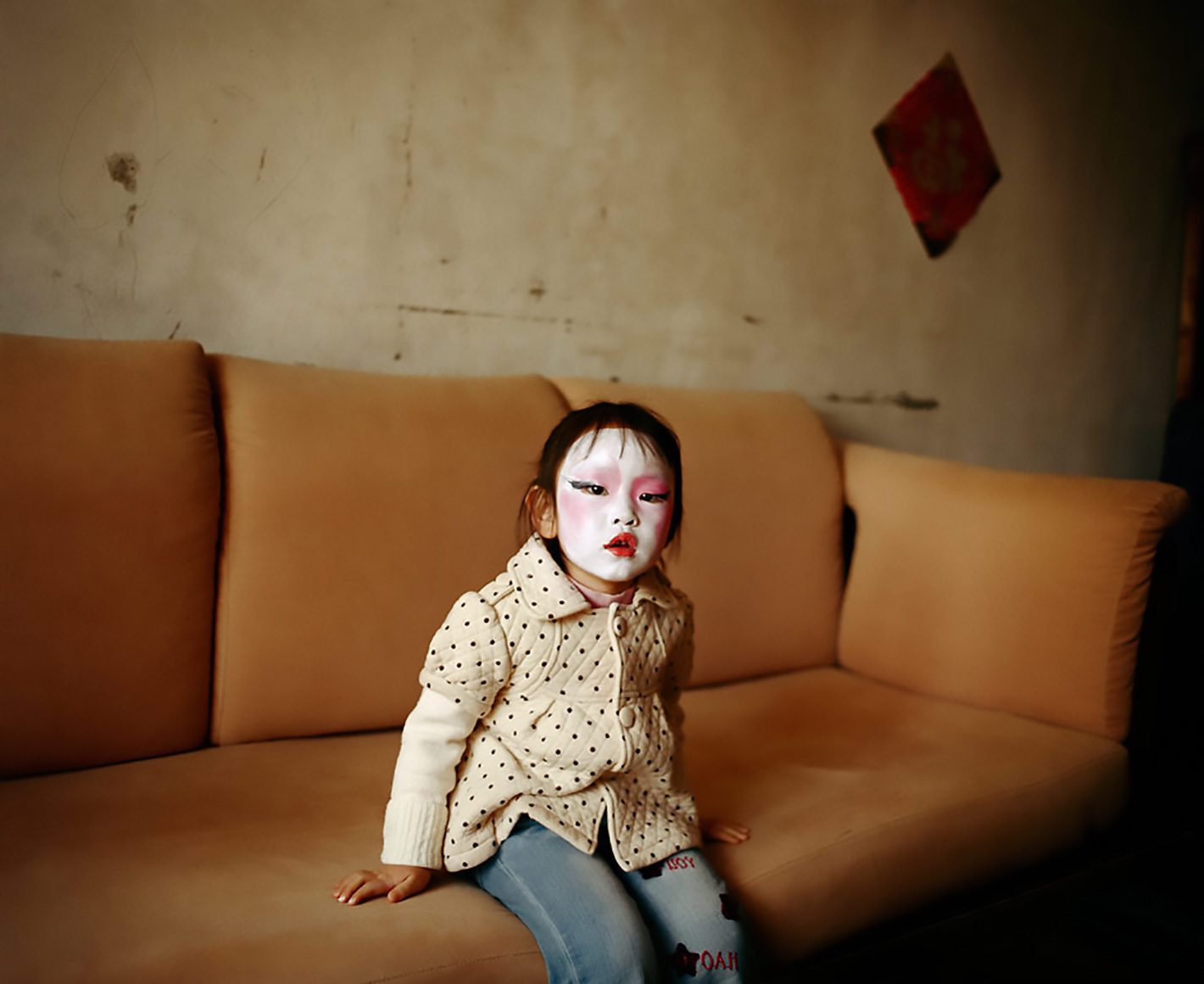 Gallery TAIK is delighted to present the first solo exhibition of Finnish artist Saana Wang in Berlin. The exhibition Hujialou presents works of the corresponding series by the Helsinki School artist from 2008/2009.

The works of Saana Wang are a captivating combination of documentary and staged photography. In her series Hujialou – that refers to the same named district in the east part of Beijing – she depicts decrepit interiors that tell about past times. At the same time the artist documents the rapid changes of urban scenery when capturing the residencies that were once built for the working-class and followed the idea of conformance. Having the inhabitants of these buildings posed with masks on their faces, Wang indicates in her pictures aspects of social and cultural development in contemporary Chinese society.

“Neon lights glow in the dark in tones of green and blue. It is my first night in Beijing, the year is 1991. All the determinants of time and place have become contracted. What is near is near, but not because of the shortness of distance – what is near may in fact be distant. My eyes roam around walls worn by time” writes Wang in her personal statement about the series.

Time in its historic dimension is of special interest to the artist. The different layers of time that can be determined in Wang’s works are merged in her depictions on one level. When implementing typical elements of the famous Beijing Opera in surroundings of the past communist era and adding traces of the contemporary Saana Wang creates theatre like stages. In relation to the traditional opera that works by symbolic rather than realistic means whilst being arranged in sparsely settings, the protagonists in Wang’s fictional plays seem to narrate their lore of the past. Yet the individuality of each character is transformed to work on a more comprehensive level. Even though the artist encourages her models to express themselves by choosing their own distinct poses, their individuality is being concealed by facial masks. By working with those stereotypes Saana Wang portrays social and cultural contradictions that cohere when tradition and rapid transformations collide. The tension between the multiple layers in her pictorial compositions creates an interesting ambiguity that alludes to today´s societal progression.