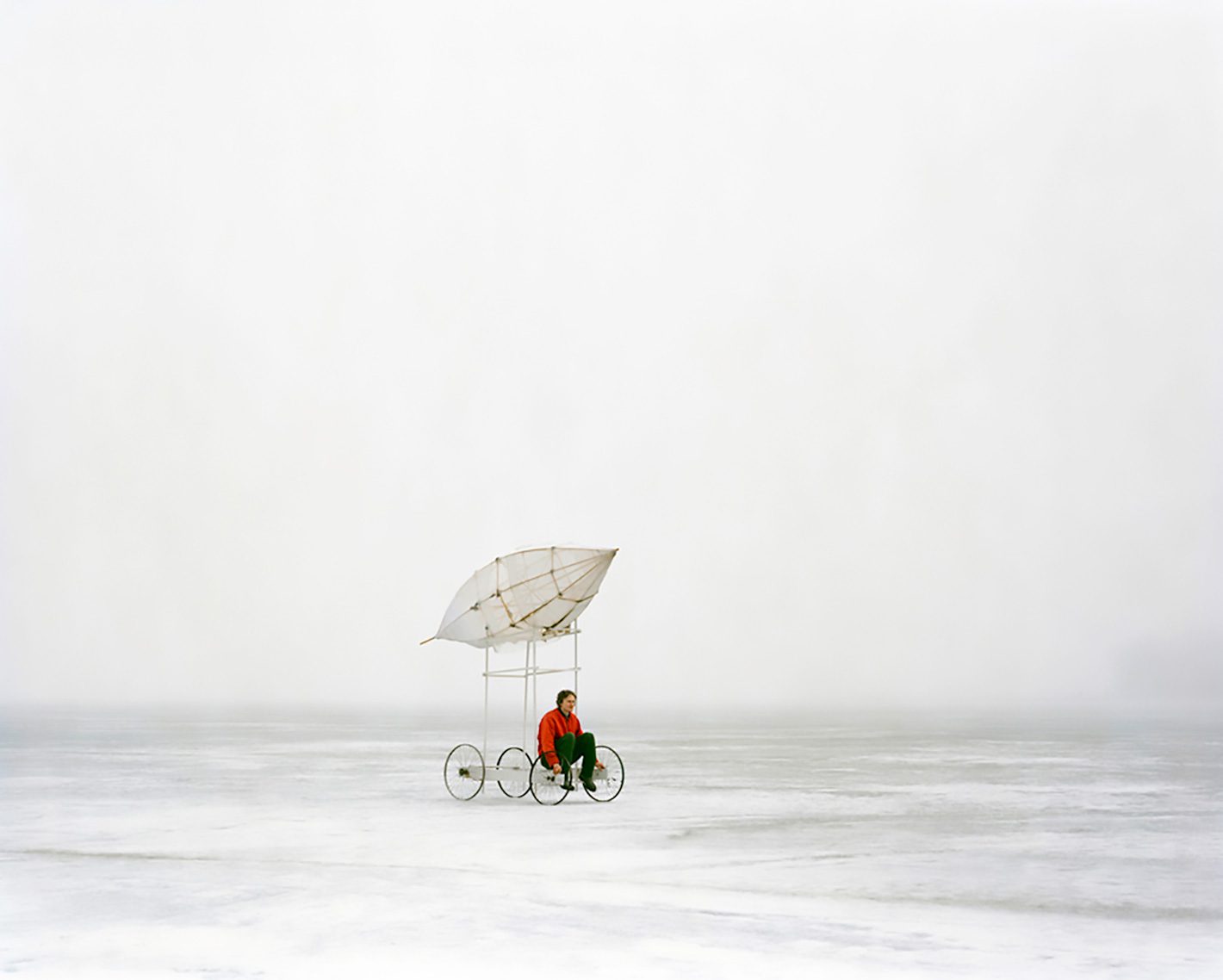 Gallery TAIK is proud to present the solo exhibition by Finnish photographer Janne Lehtinen who is also a representative of The Helsinki School.

The artist born 1970 in Karhula, Finland graduated in 2002 as a Master of Arts from the University of Art and Design in Helsinki. His career has included a number of international solo exhibitions. Lehtinen´s work is held in several of the major international photographic collections and he is the subject of a forthcoming monograph Janne Lehtinen – Night Shift, that will be published in 2009.

The exhibition will present his current works entitled Sacred Bird in which the artist refers to one of the oldest dreams of mankind: being able to fly. In a very poetic way Janne Lehtinen’s photographs relate to the human desire of flying through the sky like a bird. For all times people tried to manufacture their own wings, like Icarus and Daedalus who used wax and plumes for their apparatus to brave the forces of gravity. After having already chosen an autobiographical theme for his last series The Descendants, Janne Lehtinen continues to focus on a topic which is influenced by his biography: His father is a well-known Finnish glider pilot. The dream about flying which became real for the father, remains fiction for the son.

Janne Lehtinens attempts to take himself to the sky are clearly preposterous. Also they fable an adventure, which needs to end inevitably in miserable failure. The artist staging himself as a latter-day aviation pioneer par excellence hangs from a tree, stays on a ledge or a field with rather bizarre looking flight-machines wrapped around his body. These odd situations reminiscently call into mind another tragic story about a man trying to defeat the aerial battle. In the early nineteenth century Albrecht Ludwig Berblinger known as the tailor of Ulm built himself a hang-glider instrument. Unfortunately he could never proof the operational capability of his flight invention while living. The hopelessness of Lehtinen´s vain endeavor to defeat the elementary rules of gravity is startlingly honest. Though behind those unequal battles one will find concealed the indestructible courage to pursuit obsessively one´s dream.