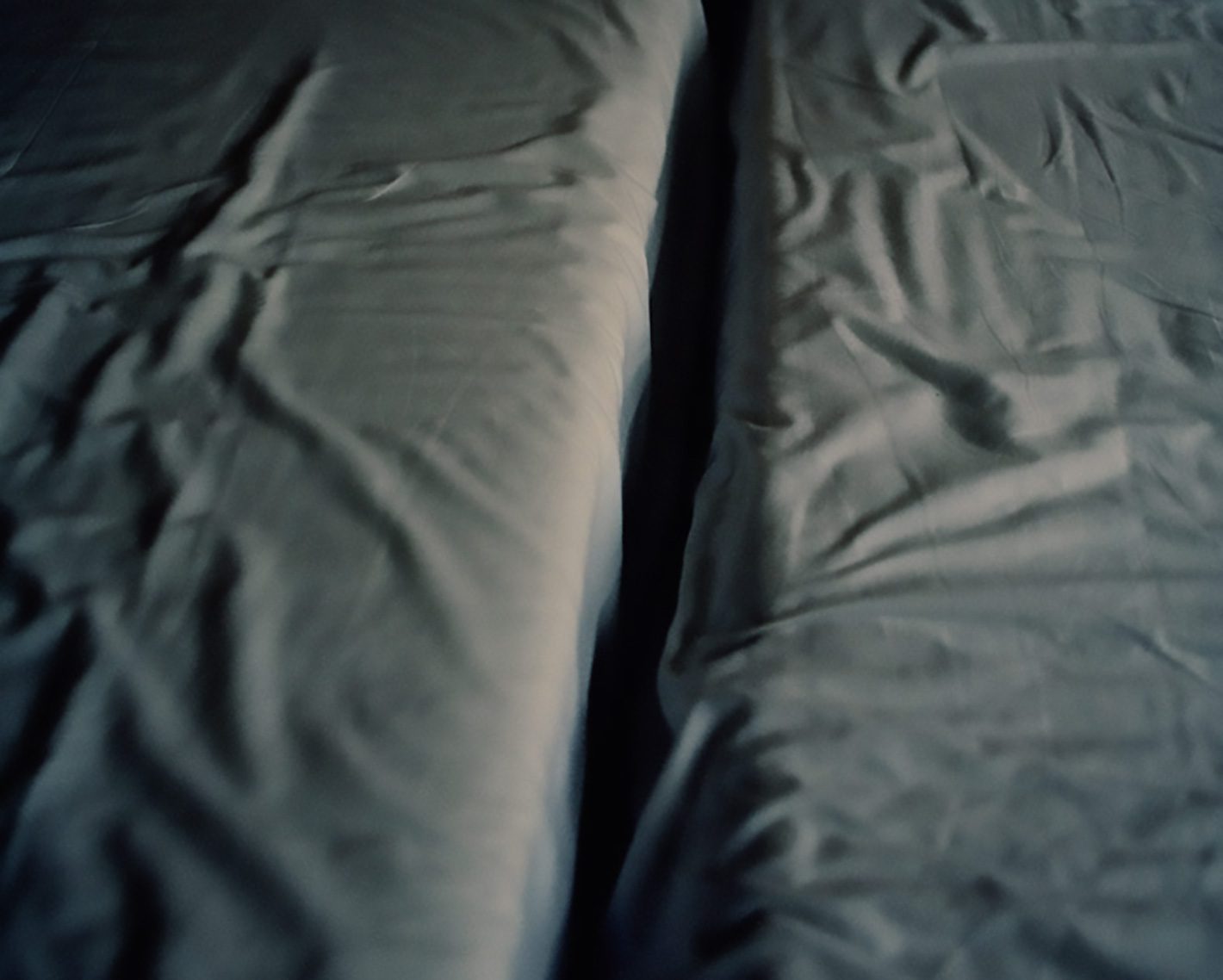 Gallery TAIK is delighted to present the first solo exhibition of Finnish artist Ida Pimenoff in Berlin. The exhibition A Shadow at the Edge of Every Moment of the Day presents works of the correspondent series from 2005–2011 that was recently published in Pimenoff´s first monograph by Kehrer.

The work of Ida Pimenoff is characterized by the sensitive inquiry of very personal feelings such as losing and longing. In her photographs the artist creates sublime sceneries that play with the ambiguity of emotions adhered in between imagination and reality. A dreamlike atmosphere emanates from Pimenoff´s works depicting intimate portraits, brumous landscapes and close-ups of commonplaces. These umbral silhouettes and reflections are arranged in strong contrasts of light and dark.

“I think of my images as fiction. They are pieces of a story that is very autobiographical but at the same time it is not.” the artist explains in an interview about her series. In fact, Pimenoff´s photographs have a strong narrative character akin to film stills. The scenes that the artist intuitively chooses can be seen as fractions of an entire play. The captured moment recommits to a situation that seems to have just passed as well as it refers to something that might befall the forthcoming instant. Nevertheless, both past and future are present in Pimenoff´s depictions.

Further evident dualisms can be perceived in the work of Ida Pimenoff: The interplay of the apparent and the absent results from her initial impellent to depict both what is real and what might be the traces of a dream. In her photographs, Pimenoff composes interesting convergences that allude to the threshold of visible and subconscious reality. It is because of that artistic quality the work of Pimenoff obtains an intense oneiric character. By implementing the dualism of lightness and darkness, the artist creates an atmosphere of an intermediate world. Through the use of these characteristic antipoles and the distinctive selection of detailed fragments Pimenoff´s photographs gain a high level of abstraction that leads to a mergence of space and form. The artist´s intelligent appliance of the oppositions induces a tense relation in between what is ostensibly evident and what is imaginary, fictional, illusive. It is the reference to the suggestive world of dreams that creates the sentiment of consolatory melancholy in Ida Pimenoff works.